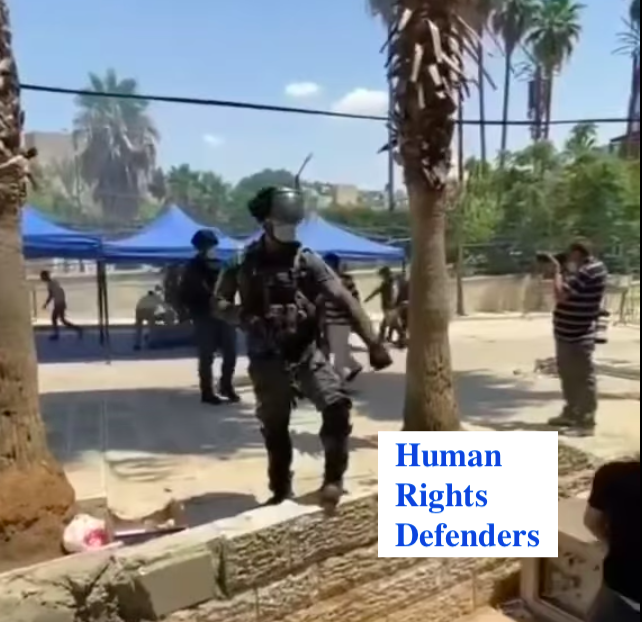 Hundreds of Palestinian muslims congregated, on Friday, for the afternoon prayer at the Ibrahimi Mosque in Hebron, in southern occupied West Bank, when soldiers stormed the mosque and terrorized worshipers.

The Israeli army stormed the mosque, according to the Palestinian News Info Agency (Wafa) and fired teargas and stun grenades at the crowd of worshipers, causing several people to suffer inhalation injuries.

The mosque is on the World Heritage List of the United Nations Educational, Scientific and Cultural Organization (UNESCO), and is the fourth holiest site in Islam, the third of which is the Al-Aqsa mosque in occupied East Jerusalem.

Recently the occupation authorities have increased their assaults on the holy site after Palestinians rejected the state’s implementation of the colonial plan to build a segregated elevator and road for the exclusive use by illegal settlers.

The Islamic factions called on muslims to come and defend the mosque from the occupation state’s attempt at the erasure of the rich historical and cultural character of the scared site.