Army Carries Out A Limited Invasion Into Rafah 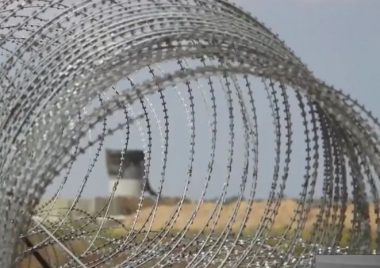 Several armored Israeli military vehicles carried out, on Thursday morning, a limited invasion into Palestinian lands near the perimeter fence, east of Rafah, in the southern part of the Gaza Strip.

The sources added that the army bulldozed and leveled Palestinian lands, in addition to installing sand hills near the fence.

The invasion was carried out a few hours after the Israeli army said it detonated an explosive object close to the fence, near Rafah.

The army issued a statement regarding the incident, and held Hamas responsible by claiming that the movement “wants to maintain continuation of protests, and tension, in the border area,” and added that it is “ready to act against these threats targeting the soldiers and the military infrastructures.”

On Wednesday evening, the soldiers shot a young Palestinian man near Beit Hanoun (Erez) Terminal, in northern Gaza, during a protest in the area.

On Monday evening, September 10th, the soldiers fired dozens of live ammunition and gas bombs at Palestinians, and fishing boats, in the al-Waha Beach area, northwest of the Gaza Strip, wounding 49 Palestinians, including one journalist, during a nonviolent activity calling for lifting the illegal Israeli siege on Gaza.