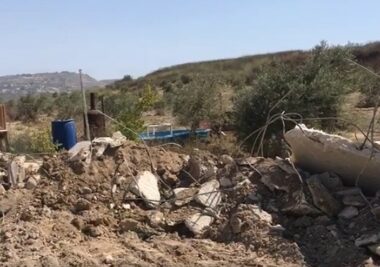 Mohammad Azem, the mayor of Sebastia, said the soldiers invaded the lands, close to the archeological area, before demolishing the room, owned by Abdul-Aziz Nabulsi.

He added that the soldiers also bulldozed and uprooted the surrounding lands, in addition to destroying an irrigation network and a fence.

Azem also stated that this is the second time the soldiers demolish the room in recent months.