Army Demolishes Slaughterhouse, And A Balcony, In Beit Sahour 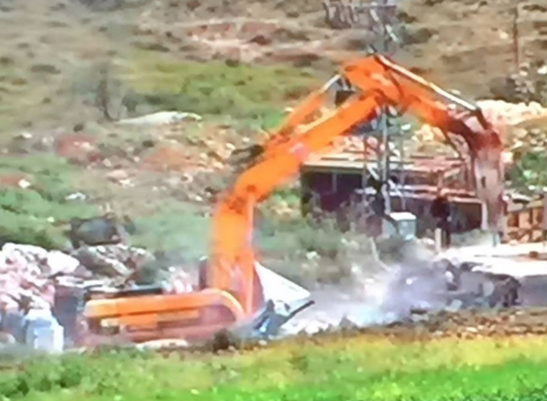 The Beit Sahour Municipality said the slaughterhouse is owned by it, and that Israel has no right to invade the city and demolish property that falls under the council’s its jurisdiction.

Beit Sahour Mayor Hani Hayek said the slaughterhouse was built in 2011 with a total cost of 100.000 Jordanian Dinars, including the cost of purchasing the lands, and consisted of 6 rooms, a large shed and other structures, with a total size of 500 square/meters.

Also in Beit Sahour, the soldiers demolished a balcony of a home owned by resident Issa Habib Kheir, and occupied his caravan.