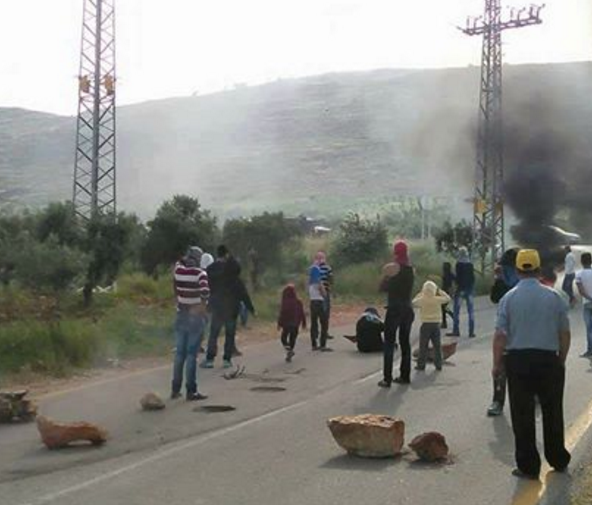 Palestinian medical sources have reported that a young man was injured, on Tuesday evening, after a number of fanatic Israeli colonists attempted to invade Douma village, south of the northern West Bank city of Nablus.

Ghassan Daghlas, a Palestinian official in charge of Israeli Settlements File in the northern part of the occupied West Bank, said the  fanatics attempted to invade the village protesting the continued detention of several Israeli terrorists, believed to be involved in the firebomb attack that targeting Dawabsha family, last year.

The extremists gathered at the main junction leading to the village, and attempted to invade it, but hundreds of locals marched there, and prevented them from advancing.

Israeli soldiers and police officers rushed to the area, and started firing gas bombs and rubber-coated steel bullets on the Palestinians instead of removing the assailing Israeli colonizers.

Daghlas added that one Palestinian, identified as Mohammad Hasan, 22, was shot with a rubber-coated steel bullet in the head, and was moved to Rafidia hospital, in Nablus, suffering moderate wounds.

The Israeli terrorists firebombed the Dawabsha family home as the family slept, burning to death Ali, who was only 18 months of age, while his father Sa’ad, succumbed to his severe burns on August 8, and his mother Reham, succumbed to her wounds on September 7. The sole survivor was Ahmad, 5, who suffered burnt to more than %80 of his body.