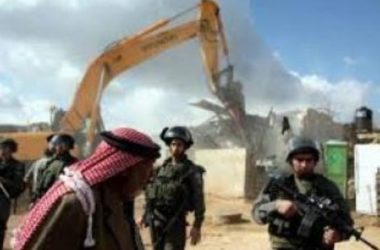 Rateb Jabour, the coordinator of the Popular Committee against the Annexation Wall and Colonies in southern Hebron, said the soldiers invaded the al-Halawa small village, in Masafer Yatta area, and demolished two residential rooms.

Jabour added that the soldiers also removed and confiscated solar panels, which were donated by the European Union, to provide the villagers with electricity.

The rooms, and the solar panels, were used by families of Ahmad Ismael Abu Arram and Khalil Younis Abu Arram.