Army Detains A Child Near Bethlehem 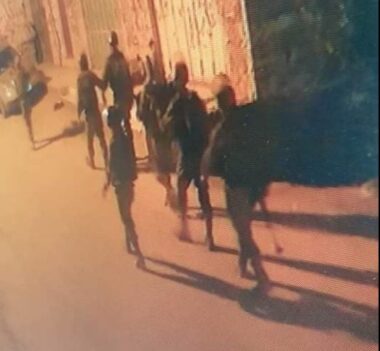 Israeli soldiers detained, on Thursday morning, a Palestinian child while heading to school in Teqoua’ town, east of Bethlehem, south of occupied Jerusalem in the West Bank.

Eyewitnesses said the soldiers detained Mohammad Daoud Sbeih, 12, while walking to school near the northern entrance of the town.

They added that the soldiers interrogated the child after detaining him, and wanted to take him away, before the locals intervened and managed to free him.

Earlier Thursday, the soldiers abducted nineteen Palestinians, including one woman, from their homes in several parts of the West Bank.