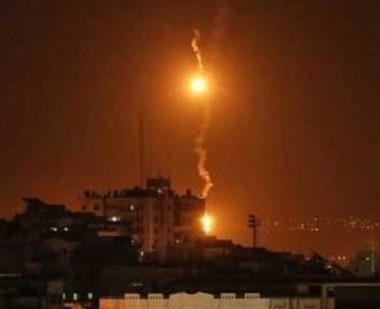 Israeli soldiers fired, on Thursday at dawn, several missiles into Palestinian lands in Gaza city, and Rafah in the southern part of the coastal region, causing damage to nearby homes and buildings.

Media sources said the Israeli missiles did not lead to casualties, but caused damage to some homes and structures near the targeted areas.

Israel also ordered Gaza coastal waters shut until further notice, preventing the residents, including the fishermen, from entering Palestinian waters, “in response to flammable balloons and kites flown from Gaza into nearby Israeli area.”

The Israeli army said a shell was fired from Gaza, during late night hours Wednesday, before the Iron Dome missile interception system managed to detonate it.