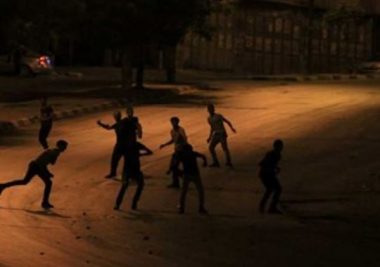 Israeli soldiers injured, on Friday at dawn, 61 Palestinians, including two with live fire, in the northern West Bank city of Nablus.

The attack came after dozens of Palestinians protested in the city when many army jeeps and buses loaded with colonialist settlers invaded the city and headed towards “Joseph’s Tomb.”

The soldiers resorted to the excessive use of force against the protesters, and fire live rounds, rubber-coated steel bullets, gas bombs and concussion grenades.

The site of Joseph’s Tomb is contentious; Palestinians believe the site to be the funerary monument to Sheikh Yousef Dweikat, a local religious figure, while Israeli settlers believe it to belong to the biblical patriarch, Joseph, revered by Muslims, Christians and Jews.