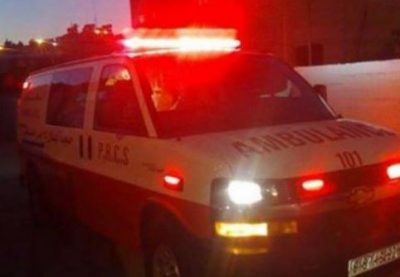 Israeli soldiers invaded, on Saturday evening, the villages of Beita and Burin, south of the northern West Bank city of Nablus, shot and injured at least three Palestinians, while dozens suffered the effects of teargas inhalation, during clashes that took place following the invasions.

Medical sources said that at least three Palestinians were shot with rubber-coated metal bullets, in Beita village, and that one of them suffered a moderate-to-serious injury before he was moved to a hospital for treatment.

The soldiers also kidnapped one Palestinian, identified as Ziyada Dweilat, but later released him and handed him to the Palestinian District Coordination Office (DCO).

Furthermore, the soldiers invaded Burin village and clashed with dozens of local youths, who hurled stones on the military vehicles, while the army fired dozens of gas bombs, targeting protesters and nearby homes.

Many Palestinians, including several children, suffered the effects of teargas inhalation after the soldiers fired gas bombs at their homes.

Some of the wounded, who received treatment by Red Crescent medics in their homes, have been identified as Shahd, Hala, Shatha and Alaa’ ‘As’ous, Bilal Dakheel Eid and his family, and Mohammad Raja Eid.

On Saturday at dawn, the army invaded the al-‘Obeydiyya town, east of Bethlehem, and kidnapped Ghassan Jamil al-‘Asa, 38, after breaking into his home and searching it.