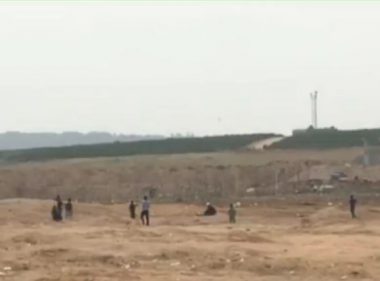 Medical sources said the soldiers shot a child with two live rounds in his legs, east of Jabalia, in northern Gaza Strip.

They added that the soldiers also shot a young man with live fire, east of Gaza city.

Furthermore, an Israeli army sharpshooter shot a young man, just as he flew balloons carrying the colors of the Palestinian flag, east of the Zeitoun neighborhood, southeast of Gaza city, wounding him in the leg, before he was rushed to the Shifa Medical Center.

Later on, several young men flew burning kites into a military base across the border fence, east of Jabalia, in northern Gaza, causing fires.

In addition, Quds News Network has reported that the soldiers also arrested an Israeli colonialist settler near the border fence after he accidentally caused fire in a field on the Israeli side, while trying to launch a burning kite into Palestinian lands. 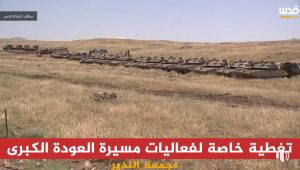