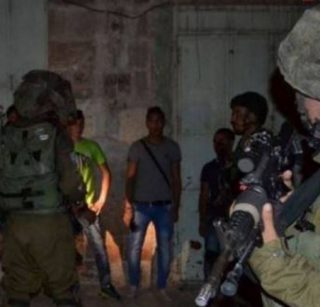 Israeli soldiers shot and injured, on Tuesday at night, two Palestinians in Qalqilia, in the northern part of the occupied West Bank.

Media sources in the city said several military vehicles invaded it, late at night, before the soldiers stormed and searched a few homes, and interrogated many Palestinians.

The invasion led to clashes with many local youths, who hurled stones and empty bottles on the military vehicles, while the army fired rubber-coated steel bullets and gas bombs.

Medical sources said two Palestinians were shot with rubber-coated steel bullets, and many others suffered the effects of tear gas inhalation.

In addition, Israeli navy ships opened fire on several Palestinian fishing boats, wounding one fisher, and kidnapped him, along with four others.