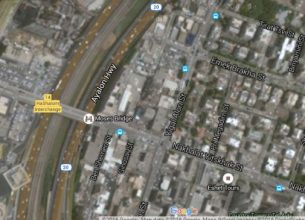 Israeli military sources have reported that a soldier was mildly injured, on Monday evening, after being stabbed with a screwdriver in Tel Aviv, before he was taken to Ichilov Medical Center for treatment.

Israeli daily Haaretz said a Palestinian, 17 years of age, from the central West Bank city of Salfit, was arrested on suspicion of being behind the attack. It added that the soldiers remained fully conscious after the attack.

The Palestinian teen works in a nearby supermarket, and was suspected of involvement because, according to Israeli reports, was seen running away from the scene, and was moved to an interrogation center.

The stabbing took place near Kirya military base, a known headquarters of the Israeli army.