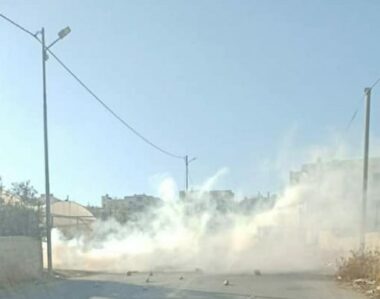 Al-Badan added that the soldiers detained one Palestinian, identified as Ayman Mohammad Froukh, and interrogated him for a few hours before releasing him.

The soldiers also closed the iron gate at the northern entrance of the town, and prevented the Palestinians from crossing, while many army jeeps were also deployed on roads around the town.