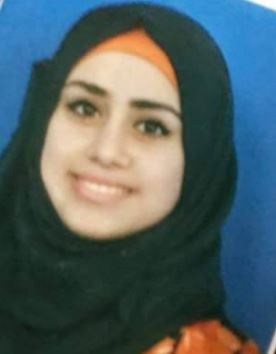 Israeli soldiers killed, on Monday afternoon, a Palestinian teenage girl, near the Ras Biddo military roadblock, north of occupied Jerusalem, allegedly after she “attempted to attack soldiers. She was left bleeding on the ground while the soldiers prevented Palestinian medics from reaching her, and died from her wounds. The Israeli army alleged that the soldiers opened fire on the girl after she attempted to stab a soldier at the military roadblock.

Palestinian medics rushed to the scene but the soldiers attacked them, and prevented them from approaching her; she was left on the ground, without any medical assistance for more than one hour. The Israeli army closed the military roadblock, and fired many gas bombs on Palestinians trying to cross to return to the towns and homes.

Mansour was a high-school student preparing for the final exams before graduation.