Army Kills A Young Palestinian Man, Injures Another, In Jerusalem 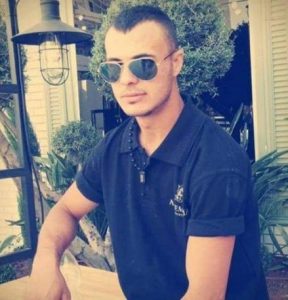 Israeli soldiers shot and killed, on Wednesday at dawn, a young Palestinian man, and injured another, after the army fired several live rounds at a Palestinian car in the town of ar-Ram, north of occupied East Jerusalem.

Local sources said three Palestinians were in the car, and did not notice the deployment of Israeli soldiers, who fired many live rounds on the car, killing Anwar Salaima, 22, and seriously wounding Fares Khader Resheq, 20, while the kidnapped Palestinian has been identified as Mohammad Nassar, 20.

The slain Palestinian, and the wounded, were shot by the soldiers, from a relatively close range.

Eyewitnesses in ar-Ram said dozens of soldiers and army vehicles invaded the town, at dawn, and closed its main road, before demolishing a blacksmith’s workshop.

They added that clashes took place in the area, and extended to Bank of Jordan Street, and a local bakery, in addition to al-Kassarat Street and Wadi Ayyad neighborhood.

The soldiers fired dozens of gas bombs, concussion grenades, rubber-coated steel bullets and live rounds, and also kidnapped one Palestinian, and took him to an unknown destination.