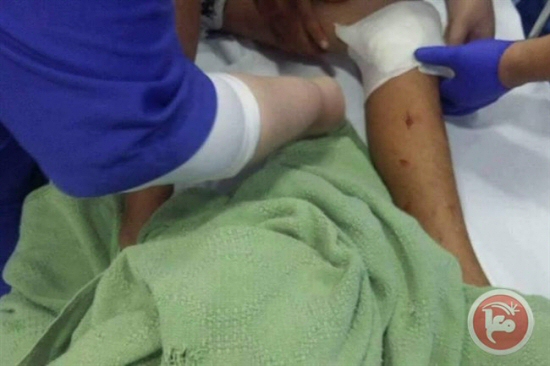 Israeli forces raided the Deheishe refugee camp, on Tuesday, in the occupied West Bank district of Bethlehem, in the early morning hours, detaining a Palestinian activist and injuring seven Palestinians with live bullets.

Israeli forces stormed the camp and opened live fire, according to locals, injuring seven Palestinians who were immediately taken to the Bethlehem Arab Society for Rehabilitation to receive medical care. Their conditions have been reported as stable, according to Ma’an News Agency.

Israeli forces also raided the home of former detainee 48-year-old Nidal Abu Aker, a prominent Palestinian journalist and activist affiliated with the left-wing Popular Front for the Liberation of Palestine (PFLP). Abu Aker had previously spent 14 years in Israeli prison, 11 of which were spent in administrative detention — an Israeli policy of imprisonment without charge or trial. He was released in December following an open hunger strike launched in protest of his detention.

An Israeli army spokesperson said that Israeli forces opened live fire on Palestinians in Deheishe  after a “violent riot erupted” as hundreds of Palestinians threw rocks and explosives at the Israeli soldiers raiding the camp. She also said that she was aware of the seven Palestinians being injured by live ammunition during the clashes.

The spokesperson confirmed a detention in Deheishe , but could not provide more details on the incident.

Israeli raids in Palestinian towns, villages, and refugee camps are a daily occurrence in the West Bank and East Jerusalem, with a weekly average of 78 search and detention raids carried out since the start of 2016, and with 108 carried out just in the previous week, according to UN documentation.

Meanwhile, Israeli forces commonly detain Palestinians during raids without evidence of any wrongdoing, subsequently sentencing the detainees for up to six-month renewable intervals without charge or trial and based on undisclosed evidence.

According to prisoners’ rights group Addameer, as of July there were 7,000 Palestinians held in Israeli prisons, 750 of whom were held in administrative detention.