Protesters in New York City rallied outside the Manhattan office of British-Danish security corporation G4S on Friday, 5 August to demand freedom for Bilal Kayed, a Palestinian political prisoner in Israeli jails, on his 53rd day of hunger strike. 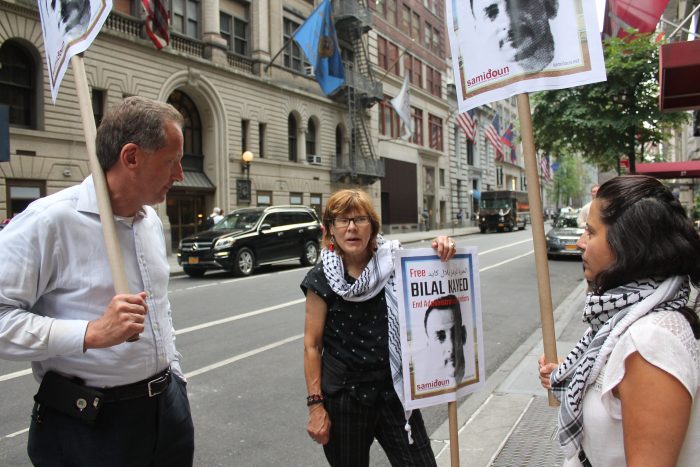 The protest found many enthusiastic and interested passers-by, who received the flyers and literature about Kayed‘s case with interest. Several drivers witnessing the protest on the road also honked their support for Palestine and for Kayed’s freedom.

The protest was part of Samidoun’s ongoing actions protesting the security corporation, which contracts with the Israeli Prison Service to provide control rooms, equipment and security systems for Israeli prisons, as well as checkpoints and police training centers. Palestinian political prisoners have urged a global boycott of the corporation, which is also the focus of human rights protests for its involvement in the incarceration and deportation of youth and migrants in the US, UK, Canada, Australia and elsewhere. Divestment from G4S has also been part of the demands of Black activists and prison abolitionists demanding an end to investment in the mass incarceration of Black youth in the United States. 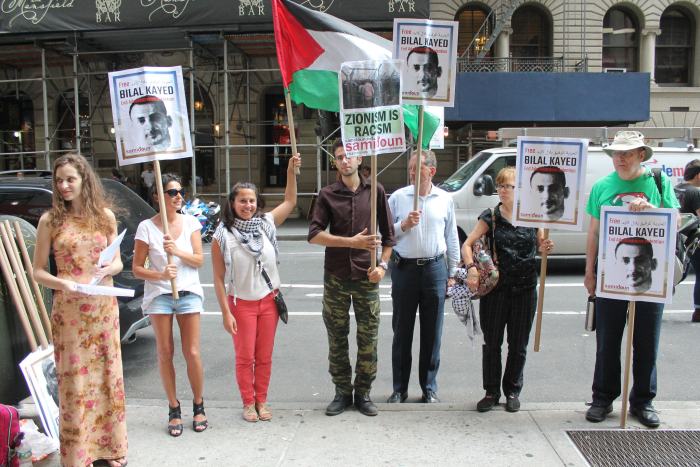 Many participants in the protest are also currently participating in #ShutDownCityHallNYC, a protest encampment against NYPD violence and repression against the Black community and other oppressed communities in the city. Joe Catron of Samidoun spoke about the occupation’s demands, including defunding the NYPD, ending so-called “broken windows” policing and payment of reparations to survivors and victims of racist police violence. The movement celebrated a partial victory when Bill Bratton, the police commissioner whose firing was demanded by the movement, announced his abrupt resignation earlier in the week. Catron noted that police and prison abolition rather than reform is a primary focus of the encampment, which emerges from the broad Movement for Black Lives.

Noura Khouri, a Palestinian activist in the Bay Area and a member of the national committee of the War Resisters’ League, joined the protest during her visit to New York City. She also emphasized the importance of joint collective struggle to confront policing, imprisomnent and repression. In particular, she highlighted thecampaign against Urban Shield, in which Palestinian activists in the Bay Area were deeply involved. The Stop Urban Shield Coalition is a broad coalition of social justice-oriented community organizations who came together to expose Urban Shield, a SWAT training and weapons exposition that brings together police and military units across the US and internationally. The coalition stopped Urban Shield from being hosted in Oakland and is now working to put an end to this militarized gathering altogether. 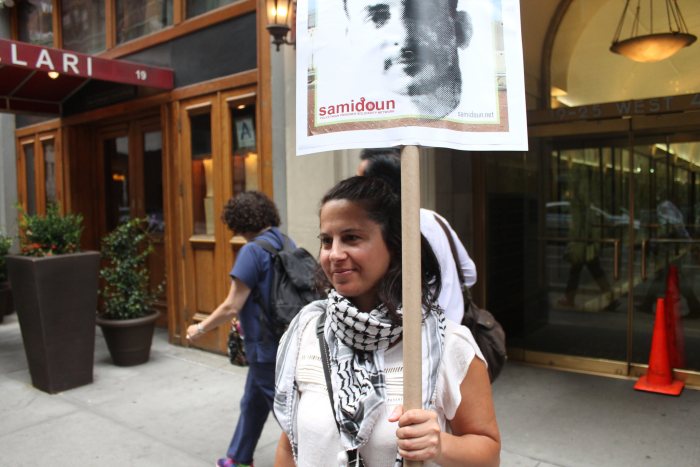 She also highlighted the campaign to cut the Urban Area Security Initiative (UASI), which funds the militarization of local police departments across the country under a “counter-terrorism” pretext, supporting the further surveillance, entrapment and repression against Arab and Muslim communities while intensifying the militarized repression of Black communities and other oppressed communities.

Samidoun is organizing with an array of New York City groups for a march and rally in support of Kayed’s strike on Friday, 12 August, as he enters his 60th day of hunger strike. Endorsers of the march include Al-Awda NY, the Committee to Stop FBI Repression, the Free Mumia Abu-Jamal Coalition, the International Action Center, International Concerned Friends and Family of Mumia Abu-Jamal, Jericho Movement, Jews for Palestinian Right of Return, Labor for Palestine, NY4Palestine, NYC Free Peltier and NYC Students for Justice in Palestine. 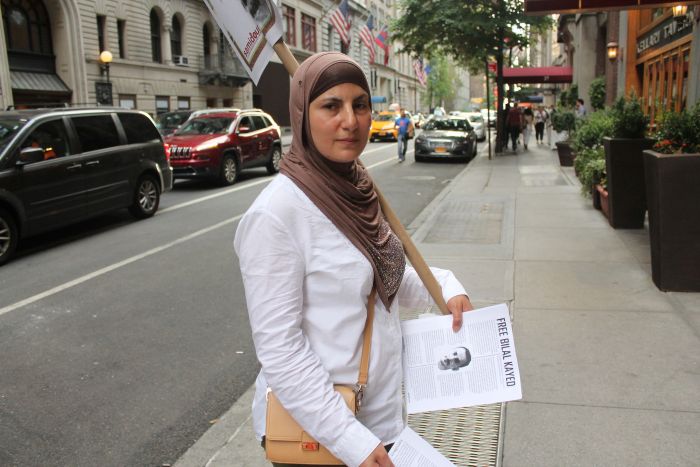 Protesters will gather at the G4S office at 19 W. 44th Street in NYC before a 5:30 march to another G4S office at 370 Lexington Avenue, demanding that Israel release Bilal Kayed, all administrative detainees and all Palestinian political prisoners immediately, and that G4S immediately get out of Palestine. 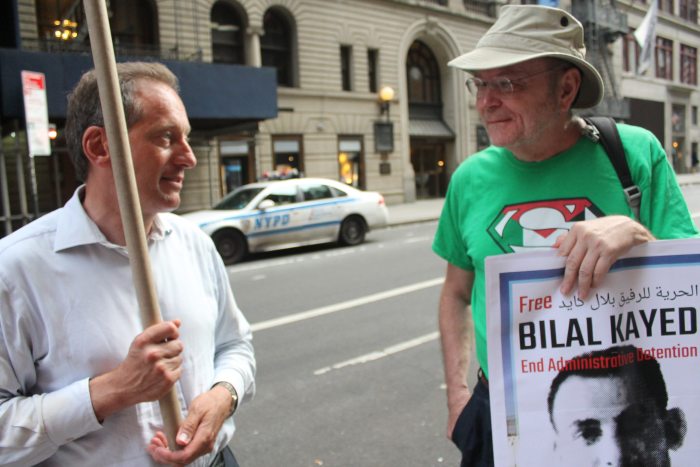 At Samidoun official — On the Streets to Free Bilal Kayed: Report from International Days of Action for Palestinian Prisoners

Also in Human Interest: Football In Ireland for Gaza Youth