Army Transfers Bodies Of Sister And Brother, Killed On April 27 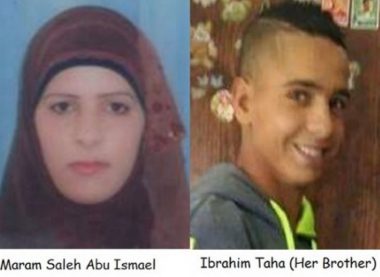 The Israeli army has transferred, Monday, the bodies of Maram, 23, and her brother Ibrahim Taha, 16, back to the Palestinian side at the al-Jeeb military roadblock, west of Ramallah. The body of Fuad Abu Rajab to be transfer at five in the evening.

Maram and Ibrahim Taha were killed on April 27, after the soldiers shot them near the Qalandia terminal. 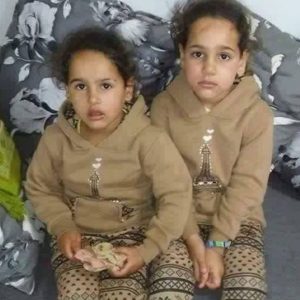 Maram was five months pregnant, and a mother of two children; Sarah, 6, and Remas, 4.

Lieutenant Raed al-Louzi, the head of the Palestinian District Coordination Office, said bodies of Maram, and her brother, were transferred to the Palestine Medical Center in Ramallah.

He added that the burial ceremony would be held in their town, Qotna, northern West of Jerusalem, following evening prayers in the local mosque.

Lawyer Mohammad Mahmoud of the Ad-Dameer Prisoners’ Support and Human Rights Association, said the Israeli army will also be transferring the body of Fuad Abu Rajab, to his family at five in the evening, at the Betunia roadblock, west of Ramallah.

The burial ceremony will be held in the local mosque of the al-Jadeera village, northwest of occupied Jerusalem.