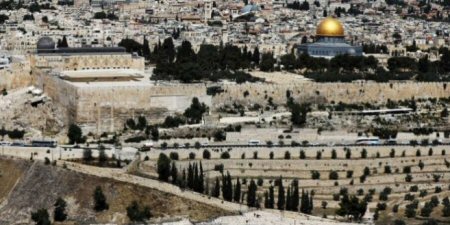 The Australian government intends to announce its recognition of the city of Jerusalem as the capital of Israel on Tuesday, after receiving approval from the National Security Council on the move, The Australian newspaper reported.

The running options are either to keep the Australian embassy in Tel Aviv with a small consulate office in Jerusalem, or  move the embassy in the future, delayed due to the estimated AUS$200 million cost.

In an attempt to diffuse Palestinian, Arab and Islamic anger over the decision, Australian Prime Minister Scott Morrison has proposed a gesture of good will to the Palestinians in the form of an increase in diplomatic representation in Ramallah. However, speaking to the Sydney Morning Herald, Izzat Abdul Hadi, the head of the General Delegation of Palestine, says the only gesture that would suffice would be the “recognition of Palestinian statehood”.

As a reaction, neighboring countries of Malaysia and Indonesia have put pressure on the Australian government to abandon the move. The two south-east Asian nations are important economic and trade partners with Australia and a significant free trade deal is on the line, with the outcome apparently depending on Australia’s Jerusalem decision.

This announcement comes following the controversial move of the US in May this year, when the Trump administration recognized Jerusalem as the capital of Israel last December. The protest of this decision saw over 50 Palestinians killed and around 1,200 people wounded. Following suit, Guatemala and Paraguay also shifted their embassies to Jerusalem, although the latter promptly withdrew back to Tel Aviv.

International consensus has usually seen Jerusalem as one of the highest stakes in Israeli-Palestinian peace talks, as both states believe it to be their capital. The recognition of Israel’s Jerusalem by other nations not only legitmizes the illegal occupation, according to Abdul Hadi, but also potentially puts any future peace negotiations in grave danger, PNN reports.