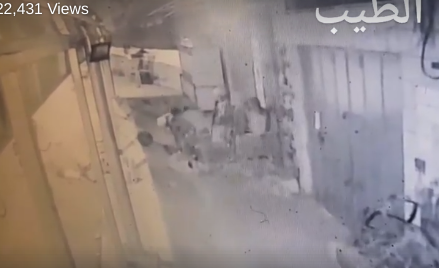 Forensic pathologist Dr. Rayan al-Ali, who participated in the autopsy of Yassin, said that the Palestinian man was killed by a bullet in his abdomen, which was fired at point-blank range.

The bullet which struck Yassin caused massive internal bleeding, and severed the left common iliac artery, then exited through his back.

The autopsy also revealed multiple fractures in the pelvis, in addition to various cuts and bruises indicative of having been beaten.

Dr. al-Ali was chosen by the Palestinian Detainees Committee and the Justice Ministry to participate in the autopsy, which is carried out in conjunction with Israeli authorities.

The head of the Detainees Committee, Issa Qar’aqe’, said that Israel still hasn’t announced when they will transfer his body back to his family.

Qar’aqe’ said that, “Yassin was shot at point-blank range and was repeatedly beaten by the soldiers. The attack was caught on surveillance tape.” He also said that, “The autopsy reports void the Israeli suggestion that he was killed by seizures resulting from tear gas.”

Qar’aqe’ called for the prosecution of Israeli authorities at the International Criminal Court in the Hague, especially since Israeli policy has been to execute Palestinians, instead of arresting them. He added that the army could have easily arrested Yassin, but chose to shoot and beat him instead.

The Palestinian Center for Human Rights (PCHR) called for an immediate and impartial investigation into the circumstances of his death, expressing concerns that the Israeli forces might have tortured and beaten him while in custody, leading to his death.