BDS: The Full Menu of Rights 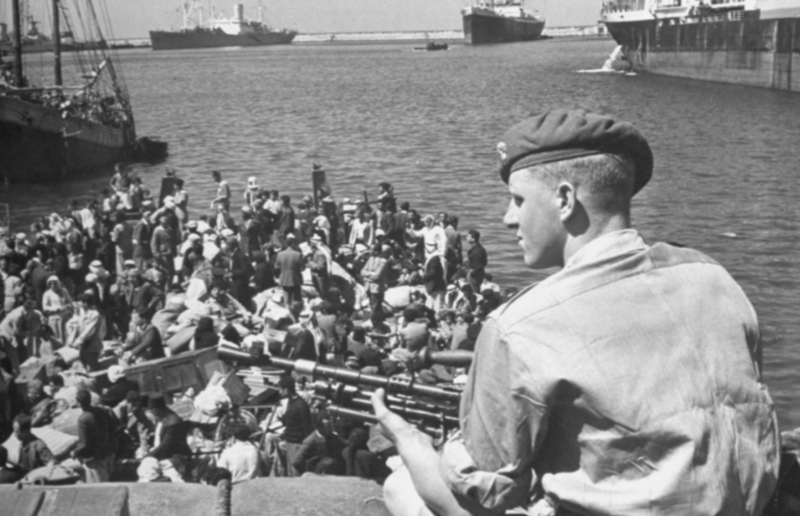 On the anniversaries of the Universal Declaration of Human Rights and UN Resolution 194 affirming Palestinian refugees’ right to return to their homes, the BDS movement insists on “the full menu of rights” for the indigenous Palestinians.

Exactly 71 years ago, the United Nations General Assembly (UNGA) adopted the Universal Declaration of Human Rights (UDHR), whose preamble states that “the recognition of the inherent dignity and of the equal and inalienable rights of all members of the human family is the foundation of freedom, justice and peace in the world.” Anchored in this historic declaration, the BDS movement rejects racism and discrimination in all forms and aspires to achieve the Palestinian people’s “full menu of rights.”

For the absolute majority of the indigenous people of Palestine the most important right on that “menu” is the right of our refugees to return to their homes and lands of origin, from which they were ethnically cleansed by Zionist militias, and later the Israeli army, during the 1948 Nakba.

“I am not interested in picking up crumbs of compassion thrown from the table of someone who considers himself my master. I want the full menu of rights.” — Archbishop emeritus Desmond Tutu

This right, which was explicitly adopted in UNGA Resolution 194 merely one day after the UNGA adopted the Universal Declaration of Human Rights, has a solid foundation in that Declaration. It is also enshrined in the 1966 International Covenant on Civil and Political Rights (ICCPR) and other tenets of international law.

The ethnic cleansing of Palestine has continued over the last seven decades, amounting to an ongoing Nakba. Today, more than 68% of the people of Palestine are refugees or internally displaced persons, denied their basic right to return home by Israel’s far-right regime of military occupation, settler-colonialism and apartheid. This is precisely why the BDS Call, issued by the largest coalition in Palestinian society in 2005, insists on the right of Palestinian refugees to return to their homes and lands, along with the right to live free from foreign occupation and apartheid.

Anti-Palestinian arguments that reject the Palestinian refugees’ inalienable right to return are racist, as they dehumanize Palestinians, denying us what is due to all other humans. They are directly or indirectly intended to maintain Israel’s status as an apartheid “Jewish state” with dozens of racist laws that serve to racially dominate and discriminate against the indigenous Palestinians. Every morally-consistent human rights defender should condemn such racism and ethnic supremacy without reservation.

Seventy one years after the UDHR and UNGA Resolution 194, what is needed is accountability to international law and effective pressure to dismantle Israel’s regime of colonial subjugation and apartheid, including the decades-long denial of our refugees’ rights. Boycotting Israeli and international companies and banks, as well as academic and cultural institutions, that are complicit in Israel’s war crimes and crimes against humanity is more crucial than ever. Divesting from multinationals that support Israeli apartheid is a moral and legal obligation, not a charitable act.

Imposing a military embargo on Israel’s far-right regime, as was done against apartheid South Africa, is urgently called for, not just for the sake of Palestinians, but also for the sake of all oppressed communities worldwide. Israel’s “field-tested” military doctrines, weapons and “security” systems are playing a major role in the crimes — including genocide and ethnic cleansing — perpetrated by despotic and murderous regimes in Africa, Latin America, South Asia, the Arab world and elsewhere.

The BDS logic of nonviolent pressure, accountability and moral consistency is needed now more than ever in pursuit of what the UDHR aimed to achieve–freedom, justice, dignity and peace. After all, everyone is entitled to the full menu of human rights.

(photo: Palestinians are expelled from their homes at gunpoint during the Nakba of 1948.)