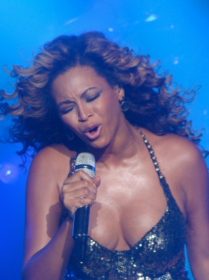 Israeli news site Yedioth Ahronoth (Ynet) reports that Beyonce fans in Israel will be disappointed to learn that the singer’s representatives have announced a round of performance cancellations that were supposed to include two concerts in Israel:

“Beyonce’s performances, which were supposed to take place in Hayarkon Park in October, will not be happening. Bluestone offices were notified in the last few hours,” the Israeli production company announced. “In the announcement we received from the singer’s representatives, they decided not to extend the tour and finish according to schedule. The singer will not reach the region, including Israel.”

Since her controversial Superbowl performance, during which her back-up dancers wore Black Panther-inspired costumes, the performer has been under fire by civil rights groups for planning to perform two concerts in Tel-aviv, this summer.

Performances in Dubai and South Africa were also cancelled, and reasoning was not clear as to whether or not the high profile revocation stemmed from political considerations, or as a result of the pressures of the BDS movement.