Beyond the Frontlines: Tales of Resistance and Resilience from Palestine U.S. Film Tour 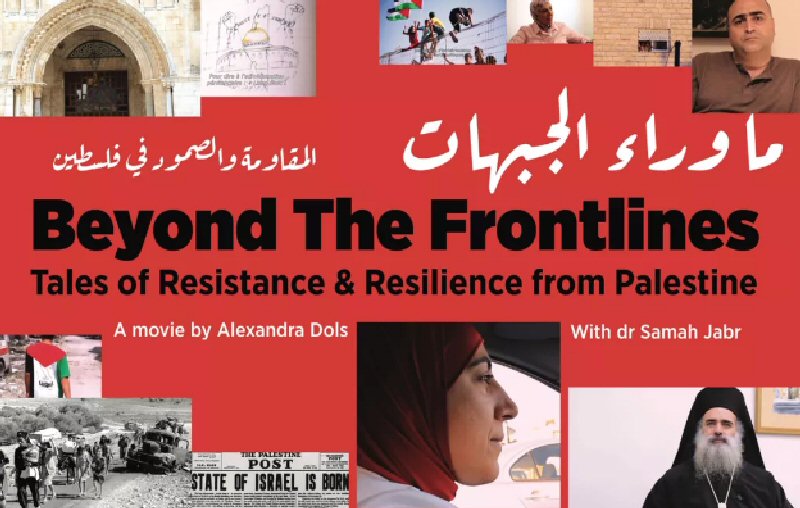 “Beyond the Frontlines” is a remarkable documentary, about Palestine, from France, directed by Alexandra Dols. The Jerusalem-based psychiatrist, Dr. Samah Jabr, is the subject of the film, which has already achieved renown in many countries, internationally.

She is a member of the USA Palestine Mental Health Network Advisory Council, and the Network is working with Jewish Voice for Peace and other organizations, to bring Director Alexandra Dols and psychiatrist Samah Jabr to the United States, for screenings of the film.

The film will be featured at the opening of the Houston Palestine Film Festival, later this month, where Dr. Jabr and Ms. Dols will be present for a discussion, following the showing.

Samidoun Palestinian Prisoner Solidarity Network invites all to join, for one of these screenings, with Dr. Jabr and Ms. Dols:

To host a screening in your city, please contact the film’s team at: hybridpulse8@yahoo.fr