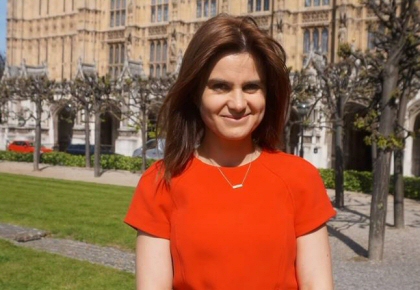 Michaela Whitton (AM) :  A British MP has died after being shot and stabbed during an attack in her constituency. Jo Cox, a 41-year-old mother of two young children, was attacked at lunchtime on Thursday outside Birstall library in North Yorkshire, where she had been holding a surgery, or face-to-face meeting, with constituents. After being left bleeding on the ground, Ms. Cox was airlifted to Leeds General Infirmary, where she succumbed to her injuries.

Notably, the words “terror attack” are absent from the media discourse on this horrific fatal murder. This is presumably because the killer was a white male who has been named by locals as 52-year-old Tommy Mair.Footage published by The Independentshows the moment Mair was arrested as police officers restrained him on the ground. Public data history has revealed he has mental health issues.

Initial reports claim that Mair shouted “Britain First” as he carried out the attack — a possible reference to the far-right political party — were rescinded. The local restaurant owner who made the original statement, which was widely quoted across the media, changed his mind, claiming, “No, I didn’t hear that.” Controversial group, Britain First, said they were just as shocked by the attack as everyone else. The far-right group, which has over 1.4 million followers on Facebook, is known for making provocative and xenophobic posts — particularly towards Muslims — that often generate hate-filled comment threads.

Jo Cox was elected as Labour MP for Spen and Batley in last year’s general election. She graduated from Cambridge University in 1995 before going on to become head of policy for Oxfam and an advisor to former Labour prime minister Gordon Brown’s wife, Sarah, as well as to Lady Kinnock. She was a vocal advocate for victims of the Syrian civil war and was chair of the all-party parliamentary Friends of Syria group. She abstained from last autumn’s contentious vote on British military action in Syria and always insisted a more wide-ranging attempt at a solution to the conflict was required.

Labour leader Jeremy Corbyn said, “Utterly shocked by the news of the attack on Jo Cox. The thoughts of the whole Labour Party are with her and her family at this time.”

With tensions running high ahead of next week’s Brexit vote, the E.U. referendum campaigning — that has, at times, ranged from the farcical to the downright vicious — has been suspended out of respect. Some might say the best tribute to a woman who dedicated her life to fighting for human rights would be to restore some dignity and respect to British politics.