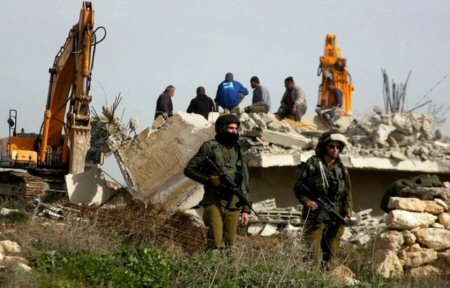 The Israeli occupation has demolished at least 1,401 Palestinian residential units in the occupied West Bank and Jerusalem, between 2006 and 2018, an Israeli rights group has revealed.

According to the rights group B’Tselem, Israeli demolitions caused have caused some 6,207 people, including at least 3,134 minors, to lose their homes.

The Israeli occupation has repeatedly demolished homes of Palestinian communities unrecognized by the occupation state.