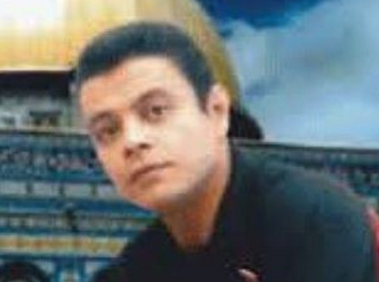 Shireen Iraqi, a lawyer with the Palestinian Detainees Committee, has reported that detainee Mousa Sofan, who is serving a 33-year imprisonment sentence by Israel, has been in solitary confinement for the fourth consecutive year despite his bad health condition.

Iraqi stated that Mousa Sofan, 41, from the Northern West Bank city of Tulkarem, has already served 15 years of his 33-year sentence, and has been held in solidarity for four consecutive years.

She added that the detainee is currently held in solitary in Majeddo Israeli prison, and that on June 28, 2016, an Israeli court in Nazareth ruled to keep him in solitary confinement for four additional years for what the court said “posing a threat to the security of Israel.”

The court claimed that the file against the detainee is confidential; therefore, even his lawyer cannot see it.

Iraqi added that Sofan has cancer, and underwent a surgery on December 24 2015, when the doctors removed a tumor, but he was not given any medications or underwent follow-up.

“Sofan has been held in solitary confinement since June 12, 2012; this led to various physical and psychological complications,” she said, “He went on hunger strikes several times, demanding to be removed from solitary confinement, but to no avail.”

It is worth mentioning that Sofan told the lawyer that the solitary confinement section in Majeddo is called “Section 12” and that every detainee there is only allowed out of the cell one hour a day, on his own, as the prison administration only takes one detainee out of his cell at a time.

“The detainees held in solitary are mostly not allowed any family visits,” the detainees told his lawyer.

The detainees who are held in solitary confinement in Majeddo are; Mousa Sofan, Anas Jaradat, Issam Zeineddin and Abdullah al-Moghrabi.