Cancer Ward Donated by US Charity Inaugurated in Gaza 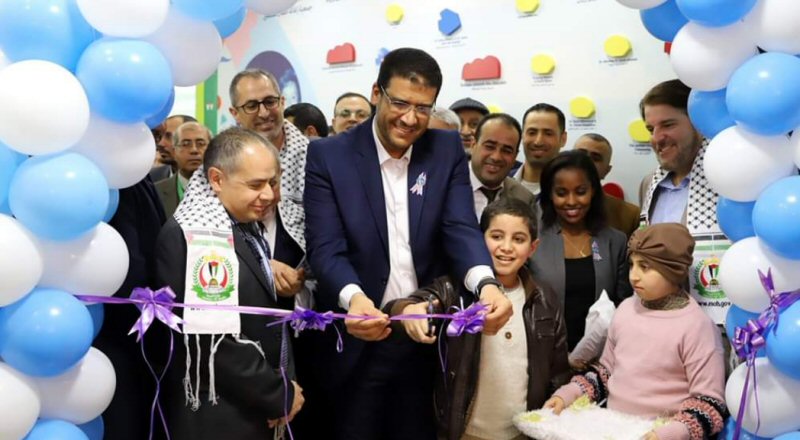 The first children’s cancer department has been inaugurated in Gaza. The US charity PCRF donated this much needed department to prevent the need for children to travel to Israel or the West Bank for treatment. Children often have to go alone without their parents due to Israeli restrictions.

According to the World Health Organization, thousands of Gazans apply for permits to travel for medical care every year. However, they are either blocked on security grounds or have to wait for a long time to get permits.

The $3 million dollar ward is equipped to treat children with leukemia and thalassemia.

Steven Sosebee PCRF’s president stated: “We are proud of that because now these children do not have to be separated from their families and don’t have to have fragmented care which can be broken any time due to regulations of travel.”

In the inauguration held Tuesday at the Rantisi Hospital, Steven Sosebee expressed his gratitude to the founders of PCRF; Dr. Musa and Suhaila Nasir as well as hundreds of volunteers who contributed to establishment of the cancer ward in Gaza. PCRF was established in Palestine 25 years ago and is considers this project to be one of its greatest achievements.