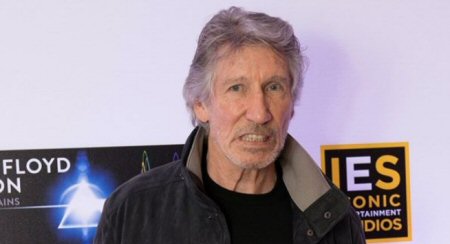 Directors Ken Loach and Mike Leigh, and musicians Roger Waters and Brian Eno, are among the high profile figures calling for a boycott of a Eurovision Song Contest hosted by Israel.

A letter published in The Guardian backed an appeal from Palestinian artists to boycott the competition, which will be held in the country next year.

It said: “We, the undersigned artists from Europe and beyond, support the heartfelt appeal from Palestinian artists to boycott the Eurovision Song Contest 2019 hosted by Israel.

Until Palestinians can enjoy freedom, justice and equal rights, there should be no business-as-usual with the state that is denying them their basic rights.

“On 14 May, days after Israel’s Eurovision win, the Israeli army killed 62 unarmed Palestinian protesters in Gaza, including six children, and injured hundreds, most with live ammunition.

“Eurovision 2019 should be boycotted if it is hosted by Israel while it continues its grave, decades-old violations of Palestinian human rights.

“We understand that the European Broadcasting Union is demanding that Israel finds a ‘non-divisive’ location for the 2019 Eurovision.

“It should cancel Israel’s hosting of the contest altogether and move it to another country with a better human rights record.

“Injustice divides, while the pursuit of dignity and human rights unites.”

The 2019 competition is due to be held in Israel after the 2018 contest was won by Israel entry Netta, with her song “Toy”.

In related news, WAFA reports that Roger Waters has worked with Palestinian band Trio Joubran on a new a song, in dedication of the four Palestinian boys who were killed while they were playing on the Gaza beach, in 2014.

The song, titled “Carry the Earth”, was written by both the band and the pro-Palestine former Pink Floyd singer, who previously recorded with the band a new song called “Supremacy” rejecting US President Donald Trump’s recognition of Jerusalem as Israel’s capital.

Just like their previous song “Supremacy,” which featured a few verses from “The Red Indian’s Penultimate Speech to the White Man,” a poem written by national poet Mahmoud Darwish, the title of “Carry the Earth” was also taken from a Darwish poem.

Roger took it to his social media pages to announce the song.

“Carry the Earth” will be featured on the band’s new upcoming album “The Long March,” out on October 12th on CD, Vinyl and digital download.