Citizen Loses His Sight after Being Tortured, PCHR Calls for Investigation and Providing Necessary Medical Care 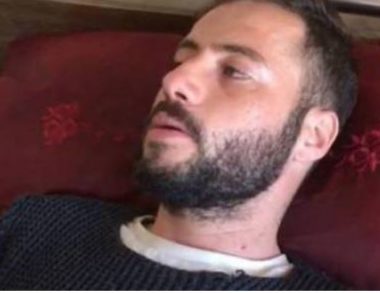 The Palestinian Center for Human RIghts :  Mohammed Deeb Salim Safi, a 28-year-old university graduate, lost sight in both eyes after being tortured in an Internal Security detention center in the Gaza Strip on grounds of allegedly participating in the “We Want to Live” popular movement which started last March.

The Palestinian Center for Human Rights (PCHR) calls upon the judicial authorities to investigate the incident, hold those responsible accountable, and provide immediate and necessary medical care to Safi.

Safi said to a PCHR’s Fieldworker the following:

“”On 19 March 2019, I went to the Internal Security office after being summoned by them.  When I arrived, they asked me to hand over everything I had. I was then detained in a 3*2-meter “Square Toilet”, which smelled very bad and was full of insects. After half an hour, they gave me a “mattress” and I stayed in that condition till the morning. The next morning, I knocked on the door and one of the jailers came up and asked me, “What do you want?” I told him, “Why are you detaining me? I did not do anything,”

He then called two of his colleagues, beat me, and then took me to an interrogation room.  I was interrogated on my participation in the popular movement, but I denied.  They continued to detain me for the third consecutive day. On Thursday, 21 March, I felt pain in my eyes and told them so, but they ignored my complaint. One of them then hit me on the face and back of my head several times and said, “So that you will not see at all.”

When my condition worsened, they released me on one condition that I return on Sunday, 24 March. I headed to the office again on Sunday as they asked, and was held until 14:00 alone in a room.  They allowed me to leave, provided that I return the next day. I promised to do so, and the same happened.

The last time I headed to the Internal Security office was At approximately 11:00, on Tuesday, 09 April, when I was held in a dark room until 17:00. I felt very tired at the time, and started hysterically knocking on the door, screaming I cannot see. They took me out and told me to rest on the chair, but I asked to leave.

When I came out, I could not walk. I sat on the pavement, called one of my relatives, who came and took me to the hospital.  And now I lost my sight.”

PCHR emphasizes that the detention of persons in inappropriate places and beating them constitute a serious violation of human rights, amounting to crime of torture.  PCHR believes that Safi may have lost his sight due to torture and inhuman and degrading treatment.

PCHR hereby calls upon the Attorney General in the Gaza strip to investigate the incident, where Safi lost his sight following his detention and torture, to bring those responsible to justice, and compensate Safi for all the harm.

PCHR also calls upon the official and healthcare authorities to act immediately to provide Safi the necessary medical care until he fully recovers.

PCHR also emphasizes that arrest on grounds of exercising the freedom of opinion and expression and the right to peaceful assembly is a blatant violation of human rights.  PCHR calls upon all the security services in Gaza to stop summoning citizens on grounds of exercising freedoms and end the policy of recurrent summonses and arbitrary detention.