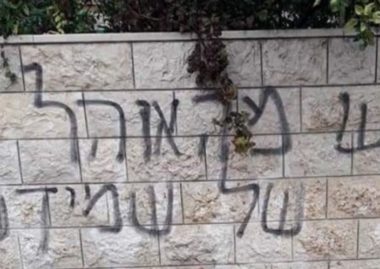 Daghlas stated that the colonists punctured the tries of twenty cars in ‘Aseera al-Qibliya, and fifteen in Huwwara.

He added that the colonists also wrote racist graffiti on the walls of a home, owned by Hasan Asayra, in Aseera al-Qibliya.

Army Abducts Five Palestinians, Including Two Who Were Shot, In West Bank