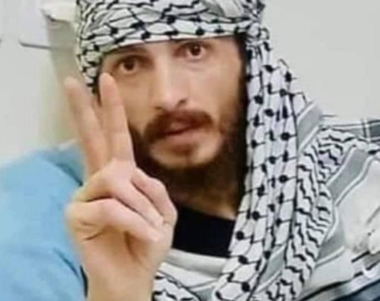 Israel released, Thursday, a Palestinian political prisoner, identified as al-Ghadanfar Abu Atwan, 28, after 65 days of hunger strike, protesting being held without charges or trial. The Palestinian was instantly transferred to the Istishari Hospital in Ramallah, in central West Bank.

Hundreds of Palestinians gathered in front of the hospital and its yards to welcome the detainee while chanting for liberty, and saluting the detainee who remained steadfast despite his deteriorating medical condition, and insisted to be released, especially since he was held captive by Israel without charges or trial.

Al-Ghadanfar thanked the Palestinian people for supporting him and for ensuring his struggle is not silenced by Israel and affirmed the need to stand in support of every Palestinian detainee in Israeli prisons, especially those held without charges under the arbitrary Administrative Detention orders.

He also thanked the detainees who went on hunger strike in solidarity with him, including Monif Abu Atwan who is serving a prison sentence of five life terms.

Immediately after being hospitalized at the Istishari hospital, the detainee was welcome by the Palestinian Health Minister, Dr. Mai al-Kaila, and his family, before undergoing a battery of tests and medical checkups. 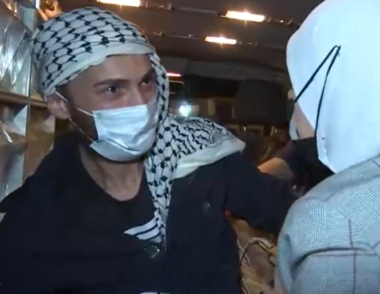 He will also be undergoing an extensive medical rehabilitation program supervised directly by the Palestinian Health Minister, Dr. Mai al-Kaila.

His sister, Benazir Abu Atwan, said her brother remained steadfast during his 65-day hunger strike, demanding his freedom, and insisted on receiving medical treatment at a Palestinian hospital upon his release, instead of being hospitalized at any Israeli medical center.

Benazir thanked the Palestinian people, the political leadership, and all factions, in addition to every person who expressed solidarity with him around the world, and added that his hospitalization is very essential at this stage due to the complications he faced during his strike and the possible complications he could face at any moment.

She also called on international human rights and legal groups to intervene and put an end to the ongoing Israeli violations against the detainees, especially since they constantly face bad conditions, and are denied basic rights, including the right to proper medical treatment, as stated by all related international relations.