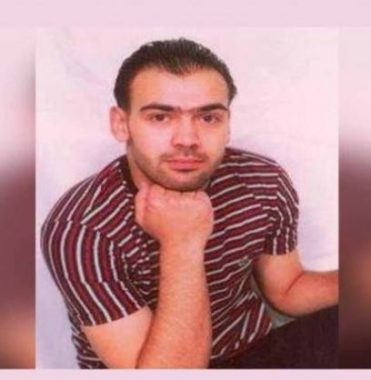 The Palestinian Prisoners’ Society (PPS) has reported, Thursday, that detainee Mosab Tawfiq al-Hindi, 29, is ongoing with an open-ended hunger strike he started 33 days ago, protesting being held under arbitrary Administrative Detention orders without charges or trial.

The detainee, from Tal town, in the northern West Bank governorate of Nablus, is currently refusing to take any vitamins, rejecting medical checkups, and only drinks water. So far, he lost 12 kilograms (26.5 Pound), and is in a deteriorating condition.

The PPS said that one of its lawyer managed to visit al-Hindi, Thursday, in Ohali Kidar Israeli prison, and added that the Prison Administration has confiscated all his belongings, including clothes, and has been frequently moving him from one prison to another to deny his strike, and cause him further fatigue in an attempt to force him to end his strike.

It is worth mentioning that al-Hindi was abducted on March 15, 2017, and never faced charges, but instead was slapped with three Administrative Detention orders without trial.

He was also frequently abducted and imprisoned by Israel and held two hunger strikes in 2012 and 2014.

In related news, detainee Sami Mohammad Janazra, 45, from the al-Fawwar refugee camp in Hebron, continues his open hunger strike for the 18th day, in a protest against the renewal of his administrative detention, according to a report released on Thursday, by the detainees and ex-detainees’ commission.