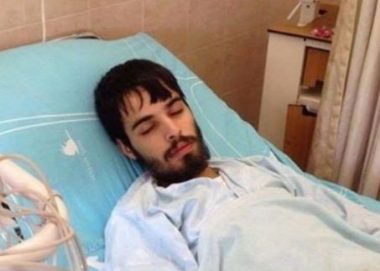 The Palestinian Detainees’ Committee has reported, Monday, that a political prisoner, identified as Anas Shadeed, 21, has suspended his hunger strike, and was moved to Ramla prison clinic, after reaching an agreement with the Israeli Prison Authority.

The committee stated that Shadeed, from Doura town, south of the southern West Bank city of Hebron, is suffering from pain in several parts of his body, sharp headache and dizziness.

He started a hunger strike on July 18th, while in Ofer prison, protesting his continued Administrative Detention, especially since he received three consecutive orders, without charges or trial, since he was abducted by the soldiers on June 22, 2017. Under the latest agreement, Shadeed is supposed to be released on December 19th, 2018.

Following his latest abduction, he was transferred to Ofer prison, and was then forced in solitary confinement in Hadarim prison; his strike is the third since 2016, while the longest hunger strike was for 90 days in 2016.

In related news, two detainees, identified as Saddam Ayyad Awad, 28, from Beit Ummar town, north of the southern West Bank city of Hebron, and Abbas Abu Alia, 21, from the al-Mughayyir village, northeast of the central West Bank city of Ramallah, have declared a hunger strike, protesting their continued Administrative Detention.

On Sunday, the Detainees Committee said that detainee Dirar Abu Minshar, 39, from Hebron, is ongoing with a hunger strike, for the fourteenth consecutive day, protesting his continued Administrative Detention.

It stated that Abu Minshar, 39, currently held in Ofer Israeli prison, and is suffering from serious weight loss, joints pain, fatigue, and abdominal pain, including in the area of the kidneys.