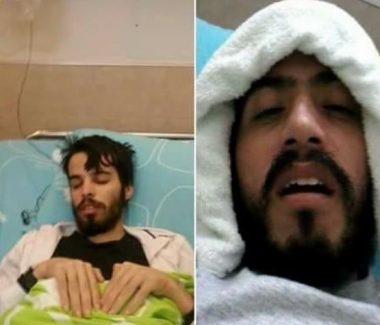 The head of the Palestinian Detainees Committee Issa Qaraqe has reported, Thursday, that detainees Anas Shadeed, 19, and Ahmad Abu Fara, 31, have suspended their hunger strikes after reaching an agreement with the Israeli Prison Authority.

Qaraqe stated that the two detainees, who held hunger strikes for ninety consecutive days, have agreed to end their strike after Israel agreed not to renew their arbitrary Administrative Detention orders, holding them captive without charges or trial.

Shadeed and Abu Fara will be released once their current Administrative Detention orders expire, on January 6, 2016.

The two detainees said this agreement, which came after extended strike and seriously deteriorating health conditions, is “a new victory against the Israeli occupation that wished them death, but was faced with steadfastness and determination.”

They added that the struggle against the illegal, and arbitrary Administrative Detention orders, must continue until Israel completely stops using it against the detainees, as such orders are immoral and inhumane.

The detainees thanked all Palestinians, and internationals, who stood in solidarity with them as they held their painful, but determined, hunger strikes.

Detainee Abu Fara is from Surif town, in the southern West Bank district of Hebron; he was abducted by the soldiers of August 8, 2016, and was held since then under Administrative detention, without charges or trial. He was previously abducted and imprisoned by Israel for more than two years.

Detainee Shadeed, from Doura town, in the Hebron district, was also abducted on August 8, 2016, and remained held under Administrative detention; he declared hunger strike on September 25.