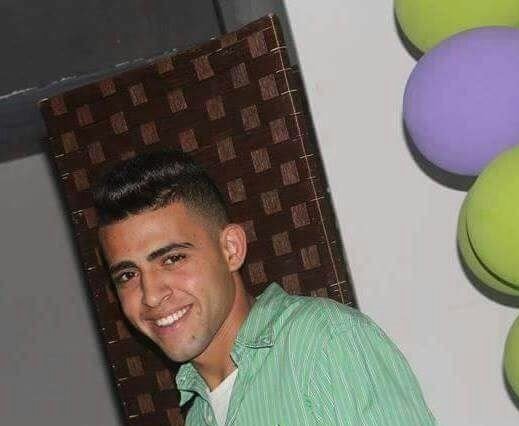 Kharoubi was shot in the neck with live fire by Israeli troops as they invaded the neighborhood with armored vehicles and wrecking equipment to partially destroy the home of a Palestinian family.

As the troops entered the neighborhood, a number of young men and boys took to the street to challenge the invasion, throwing stones and shouting at the soldiers.

According to the Israeli military, one of the youth threw a flaming bottle toward the armored vehicles of the invading military. The makeshift weapon caused no injuries or damage, but Israeli soldiers fired live ammunition at the crowd, killing one and injuring two.

The soldiers had given a deadline of dawn on Thursday to the wife and children of Misbah Abu Sbeih, who was killed by Israeli forces in October after carrying out an attack that resulted in the deaths of one Israeli soldier and one civilian.

If they did not evacuate the home before dawn, according to the army, the home demolition would be carried out with the family inside. The army’s demolition order stated that they would enter the home and destroy all the internal walls.

The Abu Sbeih family consists of the widow of Misbah and five children between ages 10 and 18. The internal home demolition will render their home unstable and unlivable, making the family homeless in the middle of winter. After the killing of the unarmed 19-year old Ahmad Kharoubi in the early morning hours on Thursday, the Israeli army continued the invasion of the neighborhood in order to demolish the home.