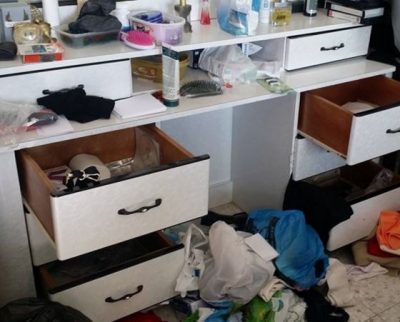 Since the death of Misbah Abu Sbeih, who was killed by Israel army and police fire after carrying out a fatal shooting attack in which an Israeli police officer and an Israeli woman were killed, the family, their homes and stores became the target of the Israeli army, police and security forces.

The soldiers started repeatedly invaded the family’s homes and stores, in the al-Ram town and Kafr Aqab, in occupied Jerusalem, since Misbah was killed after carrying out a drive-by shooting attack, near the Light-Rail stop, close to the Police headquarters, in Jerusalem.

The soldiers detained and interrogated several members of Abu Sbeih family, including his father, and his teenage daughter, Eman, who is still held on incitement charges, after she published a video in support of her father and the fatal shooting.

The army repeatedly searched all rooms in the family’s homes, causing serious property damage, while army engineers took measurement and photographs of the interior and exterior of Misbah’s home, in order to demolish it.

On Tuesday at dawn, dozens of soldiers, police and security officers invaded the building owned by Abu Sbeih’s father, before breaking into its four apartments, and detained all women in one room, preventing them from speaking even among each other.

The soldiers then interrogated Abu Sbeih’s mother, and summoned his three brothers and three sons, for interrogation, in addition to threatening  harsher measures should they fail to attend the secluded times of interrogation.

The army is also vowing to revoke Jerusalem ID’s cards of the family, although they are indigenous to the city.

All of the stores and warehouses that were shut by the army are owned by Sbeih Abu Sbeih, and are not owned by Misbah, his family or his brothers and their families.

After closing the stores with red wax seal, the soldiers also barricaded and weld shut all doors and windows. 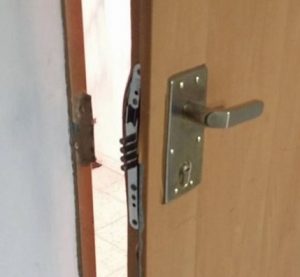 Meanwhile, in the al-Ram town where Misbah lived, the soldiers invaded his home again at dawn, Tuesday, imposed a curfew from 4-7 in the town, and broke into the mourning home, before tearing Misbah’s pictures and posters.

The family said the soldiers also invaded the homes his brother Jaber, in Kafr Aqab neighborhood, north of Jerusalem, after detonating its front door, and searched it.

His 78-year-old father, Sbeih, was detained and interrogated until he collapsed and lost consciousness, and was moved to a hospital. The soldiers decided to release him but held his ID card.

Israeli soldiers invaded, on Tuesday at dawn, the ar-Ram town, north of occupied East Jerusalem, and closed stores of belonging to the family of the Palestinian who was killed two days ago after killing two Israelis, and informed them the closure remains in effect until December 11. Dozens of Palestinians were injured during ensuing clashes.

The WAFA Palestinian News & Info Agency said several Israeli military vehicles invaded the town, and imposed curfew, especially in the area surrounding the home of Misbah Abu Sbeih, 39, and the family store, before placing red wax seal on the door of the family’s candy store, and posted direct orders shutting them until December 11, 2016. 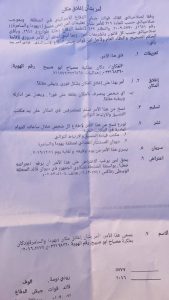 Many youngsters burnt tires to obstruct the invading military vehicles and hurled stones at them, while the soldiers fired dozens of gas bombs and concussion grenades, in addition to dozens of rounds of live ammunition.

The clashes lasted until morning hours, while Red Crescent medics provided treatment to scores of residents, and moved many to local clinics and hospitals.

The invasion and ongoing clashes also prevented workers and students from leaving their homes, and the town itself, especially since the army is still isolating it, completely surrounded many streets and neighborhoods.