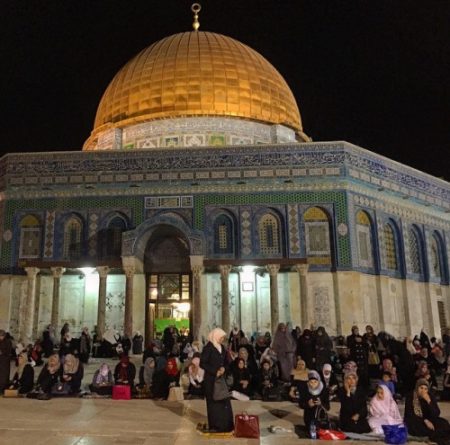 The Israeli Ministerial Committee for Legislation Affairs is scheduled to discuss, next Sunday, a new proposal to lift the ban on the Azan (prayer call) in Palestinian mosques, made by a member of the Knesset, Moti Yogev and David Bitan.

The new proposal that been developed in the wake of remarks presented at the Knesset, on the previous draft, emphasizes the punishment and imposes a fine of not less than 5,000 NIS (New Israeli Shekels) on places of worship, especially mosques, in the event of “the use of loudspeakers in the prohibited hours, according to the law.”

Sources in Israeli Knesset revealed on Wednesday, Al Ray further reports, that a newly revised version of the discriminatory draft law prohibits Al-Fajr (morning) prayer, confirming that the Knesset will consider the formula within a few days, pointing out that the new version “won the satisfaction of Israeli government coalition parties. “