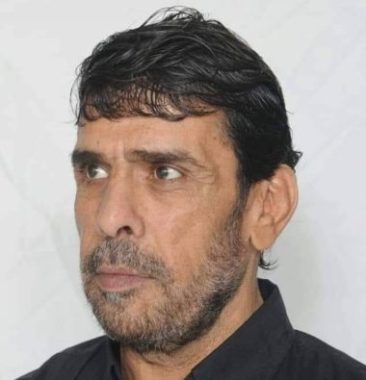 The Palestinian Detainees and Ex-Detainees Committee has demanded Israel to perform an autopsy on the corpse of a detainee who died, Wednesday, shortly after being moved to an Israeli hospital.

Yousef Nasasra, a lawyer with the Detainees’ Committee, said that he filed an appeal with the Israeli Central Court in Be’er as-Sabe’ (Beersheba), Thursday, demanding an autopsy on deceased detainee Fares Baroud, 51, in participation with a Palestinian physician.

He added that the Committee is determined to know all circumstances that led to Baroud’s death, especially since he was subject to medical neglect instead of receiving the needed professional treatment for his deteriorating condition.

Nasasra also demanded the Israeli court to allow the release of Baroud’s corpse to his family in the Gaza Strip, for proper burial, after the autopsy is concluded.

He added that what happened with Baroud, especially the ongoing neglect of his deteriorating health condition, is a deliberate crime.

Baroud died, Wednesday, at Soroka Israeli Medical Center, shortly after he was transferred from Ramon Prison.

Baroud was taken prisoner on March 23, 1991 and was sentenced to a life-term after being convicted of killing an Israeli colonialist settler.

He has been denied visits since the year 2000, and was supposed to be freed as part of the fourth phase of a prisoner release agreement reached in late 2013, but Israel unilaterally voided the deal.