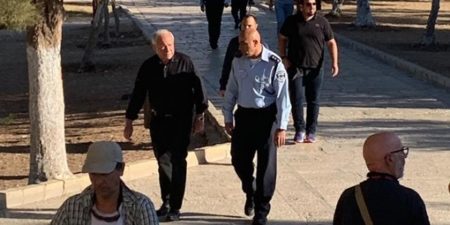 PNN sources confirmed that Dichter, accompanied by a group of settlers and guarded by occupation forces stormed Al-Aqsa and made several provocative rounds in the courtyards.