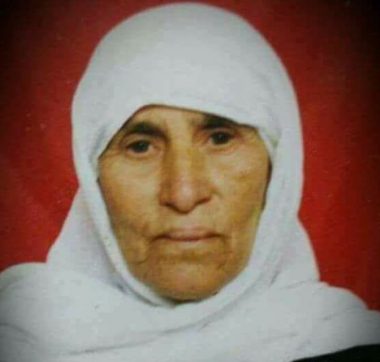 Palestinian medical sources have confirmed, late on Tuesday at night, that an elderly Palestinian woman was killed after Israeli soldiers invaded a town near Jericho, and fired concussion grenades, many striking homes, causing her to suffer a heart attack.

The sources said that dozens of soldiers invaded Zubeidat town, north of Jericho in the occupied West Bank, and fired many gas bombs, concussion grenades and flares.

They added that the army stormed and ransacked many homes in the town, after hurling concussion grenades at them.

Medical sources said an elderly woman, identified  as Hamda Zubeidat, 60, died of a heart attack when the soldiers hurled concussion grenades near her, just as she opened her door.

Also on Tuesday, an Israeli army drone fired a missile at a motorcycle in Beit Lahia, in the northern part of the Gaza Strip, killing two resistance fighters, and wounding several bystanders.

The two Palestinians have been identified as Mustafa Mofeed al-Sultan, 29, from Beit Lahia, and Hasan Ghazi Nasrallah, 25, from al-Karama neighborhood, northwest of Gaza city.