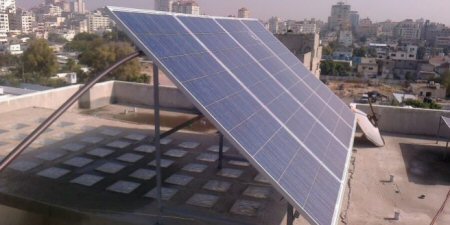 The Palestinian Energy and Natural Resources Authority confirmed, on Wednesday, that it is continuing to develop the electricity sector in Palestine, especially in the field of renewable energy, despite Israeli threats.

In a statement received by WAFA agency, the Energy Authority said it is “continuing to develop this sector despite the Israeli obstacles, and is ready to cooperate with all parties to agree on a mechanism acceptable to both parties without derogating from our rights provided by law.”

The Energy Authority rejected the practices of the so-called “Israeli Civil Administration”, the latest of which was the immediate threat of severe measurements if the Palestinian Energy Authority or private sector establish renewable energy projects in the field of energy.

The authority pointed out that energy projects are licensed by the Energy Authority on A areas of the West Bank, which fall under compete Palestinian control, after confirming the safety of the specifications of these projects to ensure that no negative impact on the network. Therefore, the Energy Authority added that it does not find any technical justification or technical basis for the allegations made by the Civil Administration of “violation of the agreements with the Israeli side. ”

“As we seek to strengthen the efforts of the Palestinian leadership and its government to liberate the land and people from Israeli occupation on our Palestinian land by strengthening the national policy agenda for the energy sector in Palestine, which aims to create an independent energy sector and a free electric market free of dependence on the Israeli occupier , Including the transfer of powers to manage the electricity sector of the Palestinian side, according to the recent agreement signed between the two parties, but the occupying state is constantly seeking to undermine these endeavors by devoting the role of the “civil administration” and its plans for seeking to keep the principle of subordination to them, and disable all that would be the sector free from their agenda, which is far from the interests of our people,” statement concluded, according to PNN,