Secretary of the Palestine Liberation Organization (PLO), Dr. Saeb Erekat, denounced Tuesday the visit of Israel’s President Reuven Rivlin to illegal colonies, built on Palestinian lands, east of the central West Bank city of Ramallah, and said the visit constitutes a direct support to apartheid, and a violation of every related international agreement.

“Rivlin knows very well that settlements are not only illegal, but constitute war crimes,” Erekat said, “The visit is yet another proof that Israel, and its government are interested in keeping and strengthening their apartheid regime, instead of seeking real peace.”

He also called on international community to hold Israel accountable for its constant and escalating violations, instead of allowing it to remain above all laws, committing crimes with impunity.

The official added that this visit, the first of a sitting Israeli president to colonies in the occupied West Bank, comes as a deadly strike to the French peace initiative, and all international efforts to reach a comprehensive agreement. 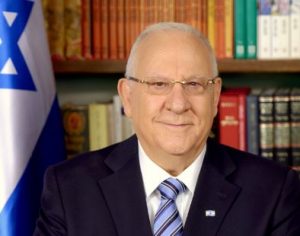 After being welcomed by various officials, especially heads of Israel’s illegal colonies who confirmed the strong ties with him, Rivlin said that all of the West Bank, including East Jerusalem, are part of the “Land of Israel,” and called on all Israelis to visit the settlements.

Rivlin is a member of the Likud Party headed by Israeli Prime Minister Benjamin Netanyahu.