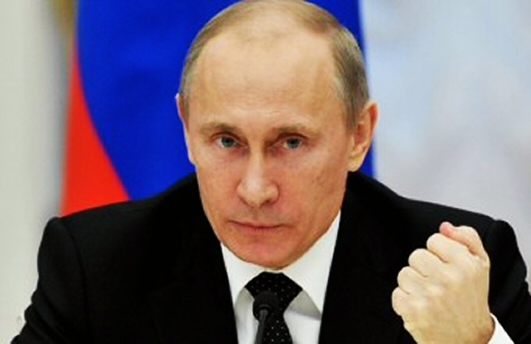 Christof Lehmann (nsnbc) : Israeli Prime Minister Benjamin Netanyahu and Russian President Vladimir Putin meet in the Russian capital Moscow on Tuesday. On the agenda are bilateral relations in various sectors, including trade and security. Russian is the third-most spoken language in Israel. The largest community of Israeli expatriates in Europe is located in Moscow.

Vladimir Putin and Benyamin Netanyahu during a previous visit of the Israeli PM to Moscow. Photo courtesy Mikhail Metzel, TASS

The meeting on Tuesday will largely be used to follow-up on and finalize agreements and plans that have been reached during Netanyahu’s previous visit as well as during the recent visit of Israeli President Rivlin.

Kremlin Press Secretary Dmitry Pescov noted earlier that Putin and Netanyahu also would have a detailed exchange of opinion about regional issues pertaining the Middle East and international terrorism. Pescov also noted that both countries had a big potential for international trade as well as for cooperation in security and international politics.

The Russian language is the third-most spoken language in Israel and hundreds of thousands of Israeli’s are originally from Russia. Russian immigrants have been a significant factor in Israel’s drastic expansion of illegal settlements in Palestine.

Often overlooked, there is a considerable Israeli lobby present in the Russian capital. As of 2014 some 80,000 Israeli citizens, almost all of the native Russian speakers were living in Moscow. Often omitted, even by progressive Palestinian factions, is the fact that Russia, contrary to the European Union, does not recommend the labeling of products from illegal Israeli settlements.

Israel plans to expand its export of agricultural products including beef and poultry to Russia. Russian has agreed to increased Israeli imports provided that the beef and poultry passes veterinary and other standards. No mentioning of a restriction pertaining products from illegal settlements. Israel and Russia have also been discussing a free trade agreement between Israel and the Eurasian Economic Union (EEU).

A “Birds Eye View” of Gaza.

Russia and Israel are cooperating in the defense sector. Cooperation included among others, the 2004 tripartite agreement between Israel, Russia and India where Israel supplied the $1.1 billion EL/W-2090 radar system to the Indian Air Force, with the radar installed on a Russian Ilyushin Il-76 platform.

Russia has also been purchasing Israeli drones, including the Bird Eye-400 as well as the I-View Mk150 and Searcher Mk2 UAVs.

In October 2014 Russia purchased drones for an additional $400 million from Israel Aerospace Industries. The drones are to be assembled in Russia. In September 2015 the Russian Army purchased another $300 million package of drones from Israel, its fourth purchase of Israeli drones.

It is noteworthy that Israeli drones play a significant role in policing the illegally occupied Palestinian territories and in illegal air strikes against targets in Palestine’s coastal enclave, the Gaza Strip.

Putin and Netanyahu will also discuss the situation in Syria and terrorism. Independent analysts have repeatedly stressed that Moscow, just like other permanent UN Security Council members, has failed to demand that Israel ends its illegal annexation of the Syrian Golan Heights.