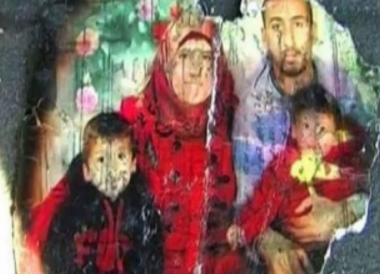 Qaddoura Fares, the head of the Palestinian Prisoners’ Society (PPS) has stated, Tuesday, that the Israeli court that “acquitted the Israeli terrorist, who participated in the firebombing of Dawabsha family home in 2015, killing the father, mother and one of their children, and seriously wounding the only surviving child, is sending a green light to the colonists to commit more crimes against the Palestinian civilians.”

Fares said that, by acquitting the murderer, the Israeli so-called “Legal System,” topped by the “Justice Ministry,” is sending Israeli fanatics clear messages that they can commit horrific crimes against the Palestinian civilians and get away with it.

He added that Israeli courts, and the “Legal System” became the umbrella that shelters criminals from being held accountable for their crimes against the Palestinian people, their homes, lands and even their holy sites.

“The acquittal of this murderer proves, once again, that not only the Israeli police, but all of its departments and ministries, including by the head of the state, the Prime Minister, and its so-called legal system are involved in these ongoing crimes against the Palestinian people,” he said, “There have been hundreds of incidents were soldiers and paramilitary colonialist settlers, have executed Palestinians, burnt their homes and lands, and got away with these crimes unscathed with no accountability for their horrific crimes.”

The official also said that whenever the Israeli courts are looking into cases against Palestinian detainees, who are reportedly involved, or believed to be involved, in attacks against Israeli soldiers and settlers, and without legal proof, the detainees are largely sentenced to multiple life terms, their homes are always demolished and several members of their families are imprisoned.

Fares called on various international legal and human rights groups to intervene, and put an end to the ongoing and escalating Israeli crimes, including the serious violations by Israel’s own “legal system,” and its politicians.

On July 31st, 2015, extremist Israeli settlers infiltrated the village of Douma, south of Nablus in the northern part of the West Bank, under cover of darkness, to firebomb the Dawabsha’ home, where the family of four were asleep in their beds.

The father Saad, 32, mother Reham, 27, and 18-month-old Ali were burned to death, while 4-year-old  Ahmad suffered from 3rd degree burns over most of his body.