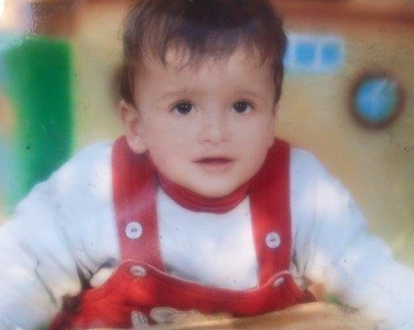 Survivors from the Dawabsha family, who were burned to death in their bed by right-wing Israeli settlers in 2015, have vowed to take a case to the International Court, after an Israeli court decided to throw out the confessions of two of the perpetrators.

On July 31st, 2015, extremist Israeli settlers infiltrated the village of Douma, south of Nablus in the northern part of the West Bank, under cover of darkness, to firebomb the Dawabshas’ home, where the family of four were asleep in their beds.

The father Saad, 32, mother Reham, 27, and 18-month-old Ali were burned to death, while 4-year old Ahmad suffered from 3rd degree burns over most of his body.

The baby, 18-month old Ali, was declared dead at the scene. Both parents were still alive when medics arrived on the scene, and were rushed to the hospital. After seven days, medics announced the death of the father, whereas the mother died two months later.

Dawabsha added that other witnesses saw the settlers smash the windows of the house before throwing firebombs inside.

Two suspects were indicted for murder, over the incident, in January 2016. Now, two years later, both suspects are likely to be released without charges following Wednesday’s ruling.

The indictment named Amiram Ben-Uliel, a 21-year-old West Bank settler, as the main suspect in the attack. A minor was charged as an accessory. Yinon Reuveni, 20, and another minor were charged for other violence against Palestinians. All four were charged with belonging to a terrorist organization.

The indictment said Ben-Uliel admitted to spraying graffiti on the Dawabsha family home and, then, tossing a firebomb through a bedroom window before fleeing the scene. Ben-Uliel’s parents said they believe in his innocence and that he was tortured during interrogation.

His lawyer says his client told him that he gave a forced confession after interrogators deprived him of sleep and tied him upside down by his feet. But there was no medical documentation backing that claim, or any evidence beyond the word of the youth.
On Wednesday, an Israeli court agreed with the family’s assertion – despite a lack of any physical evidence that the right-wing Israeli militia member had been subjected to any torture. As a result, legal experts say, the charges against the young militia member will likely be dropped.

For years, Palestinians watched angrily as the case remained unsolved, intensifying a feeling of skewed justice in the occupied territory, where suspected Palestinian militants are prosecuted under a separate system of military law that gives them few rights. The arson also touched on Palestinian fears of extremist Jewish settlers, who have attacked Palestinian property with impunity.

The Israeli security service (Shin Bet) said in 2016 that the suspects admitted to carrying out the Douma attack, claiming it was in retaliation for the killing of an Israeli settler by Palestinians a month earlier.

It said all the suspects were part of a group of extremists that had carried out a series of attacks over the years in a religiously inspired campaign to undermine the government and sow fear among non-Jews.

Right-wing Zionist extremists have for years vandalized or set fire to Palestinian property, as well as mosques, churches, the offices of dovish Israeli groups and even Israeli military bases. The so-called “price tag” attacks seek to exact a cost for Israeli steps seen as favoring the Palestinians.

The extremists are part of a movement known as the “hilltop youth,” a leaderless group of young people who set up unauthorized outposts, usually clusters of trailers, on West Bank hilltops, that are then turned into Israeli settlement colonies that are claimed as part of the Israeli state.

The Douma attack was one of the main reasons for the wave of protests and attacks by Palestinians against Israelis in 2016, during which 140 Palestinians were killed by Israeli forces, and 22 Israeli settlers and soldiers were killed.
Nasr Dawabsheh, the family’s spokesperson and the brother of Saad, said after the court ruling Wednesday that if the Israeli legal system fails to provide justice, the family will seek justice in the International Court of Justice.

“We are continuing to pursue the case before the Israeli courts, and in case all legal procedures fail, we will go to the international judiciary. On the third day after the arson, we pursued the option of international justice through the Palestinian Ministry of Foreign Affairs. The response was that if all the methods fail, we can go to international courts.”