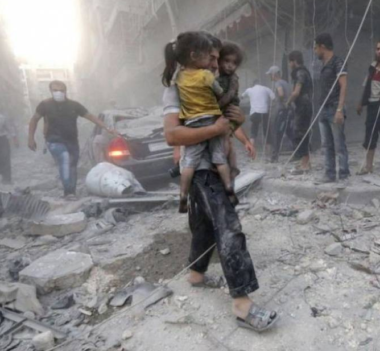 Two Palestinian children were killed, less than a week ago, after a landmine detonated near the al-Bahdaliya area, in the suburb of Damascus.

The documentation team of the “Actions Group for the Palestinians In Syria” has reported that Omar Mohammad As’ad, 10, and Mohammad Samir Hamamda, 9, from Sayida Zeinab refugee camp, were killed when a landmine detonated near them on May 10th.

It added that the ongoing conflict in Syria has led to the dead of 241 Palestinian children, and that various medical facilities, and ambulances, have been subject to bombing attacks and shelling, while dozens of persons who work in the medical field, including medics, nurses and doctors have been killed. Hundreds were either arrested or abducted.