Israeli Soldiers Abduct Eleven Palestinians, Including A Woman, In Jerusalem 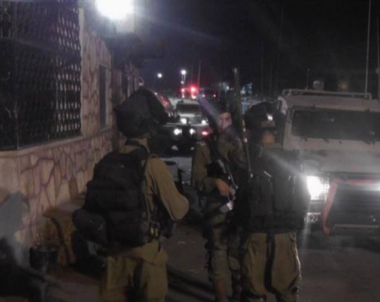 Israeli soldiers abducted, Wednesday, eleven Palestinians, including one woman, from occupied East Jerusalem, and summoned two others for interrogation, after the army carried out extensive and violent searches of homes.

All of them were taken from their homes in the al-‘Isawiya town, in Jerusalem, while Mohannad Khweiss was abducted from his home in Jabal az-Zeitoun, overlooking the Old City.