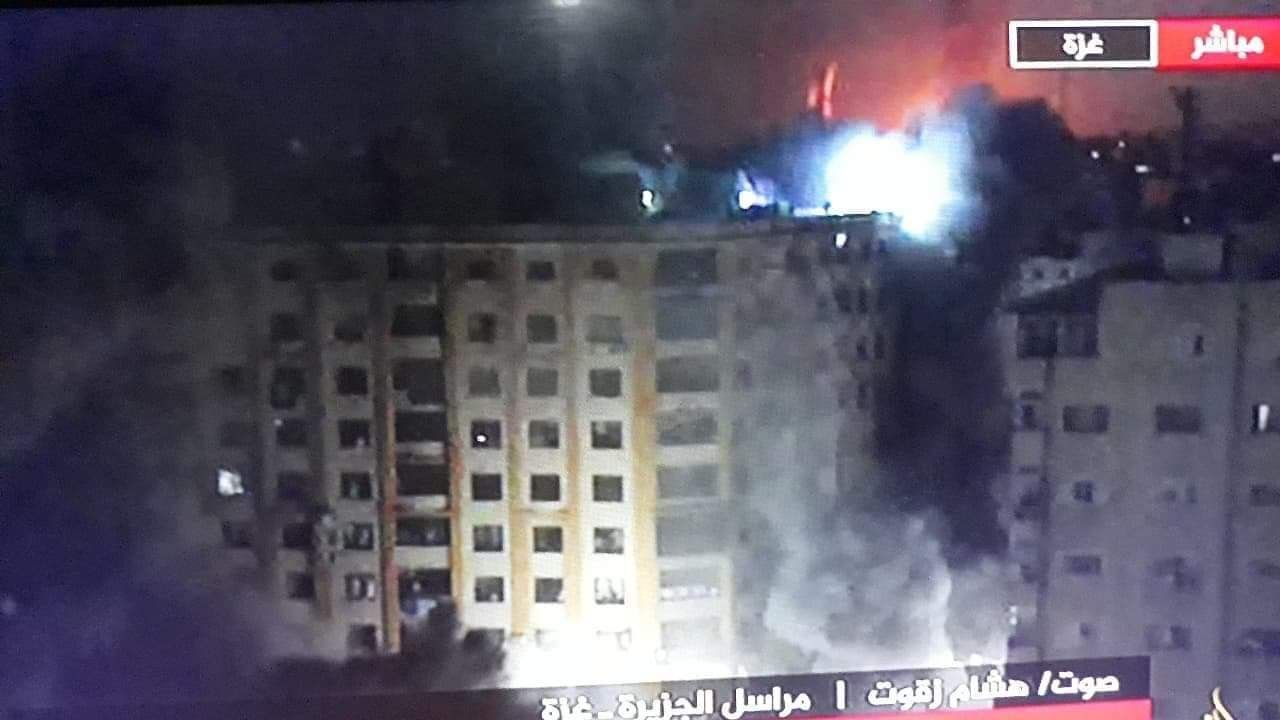 The International Federation of Journalists issued a statement Thursday, following the Israeli bombing of the al-Jawhara tower building in Gaza, stating:

On the night of 11 May, the Israeli military bombed the Al-Jawhara tower, located in Gaza, which hosts the offices of 13 media institutions and NGOs. The PJS said the attack was deliberate and targeted. There were no injuries as journalists evacuated their offices after the Israeli army warned some of the media that the building would be bombed. However, media organisations lost their equipment. The IFJ said the Israeli government must compensate the media for their financial losses.

Spanish news agency EFE’s correspondent in Jerusalem said on Twitter that their correspondent in Gaza had to flee its office at Al-Jawhara tower after a warning message from the Israeli military.

In addition to the targeted attacks against media organizations in Gaza, the PJS reported that the Israeli forces arrested photojournalist Hazem Nasser in the West Bank on May 12. Since the beginning of the events in Jerusalem, the Israeli authorities have arrested at least 27 media workers in what the PJS and other press groups denounced as a clear attempt to silence media reporting on the ground.

The PJS said in a statement: “The PJS calls on all the guarantors of freedom of journalistic work, especially the United Nations and its organizations and the Red Cross to provide urgent field protection for journalists, and to activate Security Council Resolution 2222 so to obligate the occupation to implement and respect it.”

IFJ General Secretary, Anthony Bellanger, said: “We stand in solidarity with all the Palestinian journalists and the PJS during these hard moments. The international community cannot turn a blind eye to the systematic violations of human rights and the deliberate targeting of media and journalists. Urgent actions must be taken to hold those responsible for these crimes internationally accountable”.

In December 2020 the IFJ submitted two complaints to the UN Special Rapporteurs over Israel’s systematic targeting of journalists working in Palestine and its failure to properly investigate killings of media workers which the complaint states are “a violation of the right to life, freedom of expression and in breach of international law and may amount to war crimes”.