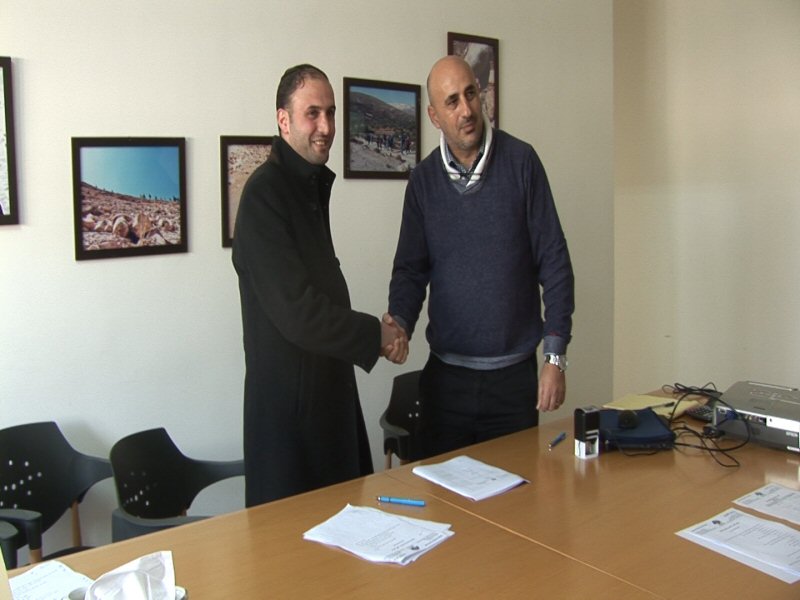 The Masar Ibrahim Al-Khalil organization, on Monday, signed five grants from the World Bank to a group of individuals and institutions aiming to implement developmental projects, for the purpose of activating, developing and sustaining community tourism in Palestine.

Executive director of the organization, George Rishmawi, said that they are supporting such projects as they get no support in Palestine.

‚ÄúWe are working to expand this support to include wider areas in the West Bank in cooperation with financiers,‚ÄĚ Rishmawi said, according to the PNN.

Program Director of the organization, Ghaida Rahel, said that the support will mainly be provided to small projects: The first grant would be dedicated for the revitalization of community tourism through the inclusion of farmers and promoting these farms. The second grant will focus on trips and grazing donkeys for the organization to promote it, and the third grant will be for a girl working to activate the use of bicycles, and the fourth grant will be promoting the idea of ‚Äč‚Äčcamping, and the last will be for Asdaa promotion and leadership team.

One of the beneficiaries of the grants,¬†Amin Abu Warda from the Asdaa team, said that the initiative will improve performance and tasks through five specific tours within Masar Ibrahim.

He added that the goal of this initiative is to be more efficient while covering the hiking trails, and walking and to carry out information tasks in different stations of the track, in addition to¬†qualifying for participant colleagues and media students.

Another beneficiary, Sinan Abu Sneineh, said that Masar Ibrahim provides¬† information about the different sections and regions in Palestine, while the beneficiaries provide support to participants in order to be more involved more people, including businessmen and local councils.

Masar Ibrahim established the first path of community tourism in Palestine, which seeks to develop this form of tourism by strengthening¬† community initiatives in order to ensure continuity and development through strengthening the society in which the path passes.